My primary research focus is on river system dynamics. I am particularly interested in the application of geospatial technologies, such as GIS and Remote Sensing, to the identification and analysis of longitudinal patterns in rivers, and linking those patterns with fluvial process and human impact. My most recent research looks at the large-scale depositional patterns of fluvial wood, and the extent to which fluvial wood serves as a sediment storage mechanism in low-gradient river systems. I have also been involved with research in the Missouri Ozarks region, and the North Carolina Piedmont region that looked at the longitudinal dispersal trends of lead- and mercury- contaminated sediments from historical mining activities. 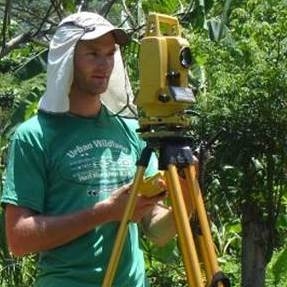